The Crappy Magic Experience is a multi-volume art event by Nashville artists David Hellams and David King. In 2016, Crappy Magic hosted two shows at Seed Space. The first featured bins full of discarded consumer goods that attendees were encouraged to play with, reconfigure, and reconsider. At the second event, artists donated reconfigured consumer goods to be auctioned off. Then they made infomercials to induce people to buy stuff.

Crappy Magic will return on Saturday, April 1 at abrasiveMedia, and they want your weird stuff!

As the contributing artist guidelines state, your item “can be a hand-crafted artwork; or it can be a ‘found’ object.” If you like, you can make an accompanying sales video. You can even borrow an item already donated to Crappy Magic and make a video for that.

The deadline for submissions is March 5. Learn more at CrappyMagic.com

Produced by Tyler Blankenship, Modular Art Pods at Queen Ave will be the first independently-curated MAPs show. I’ll be bringing my electrical box pod, but I (Tony Youngblood) was not otherwise involved with the curation or production. What the heck are Modular Art Pods? Learn more here.

The show takes place Friday, November 11 through Saturday, November 12, 6pm to 10pm each night. Saturday’s event will coincide with the East Side Art Stumble.

Admission is FREE! You can support the show by donating to the IndieGoGo campaign.

Tyler told me about some of the amazing pods and performances going down, and I’m incredibly excited! You’ll get to wade through a mini ball pit, explore a world made out of clay, witness an artist performing in a dress made out of barbed-wire and chicken-wire, and so much more! 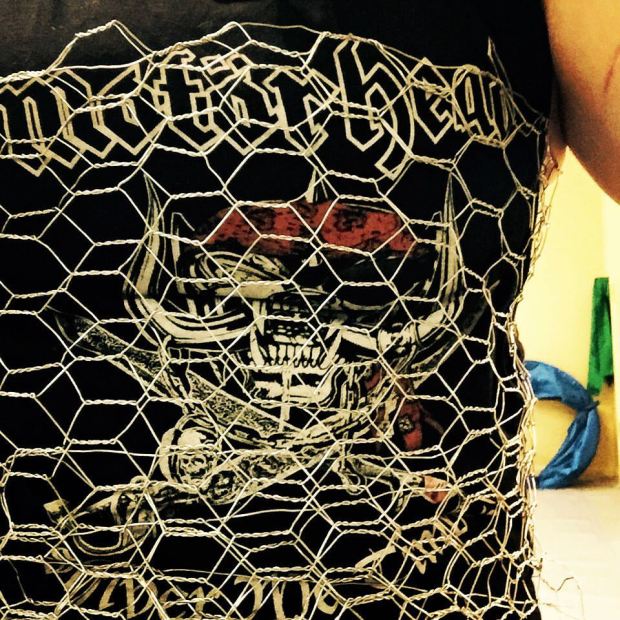 The show will feature approximately 14 pods and 10 performances. Participants include: 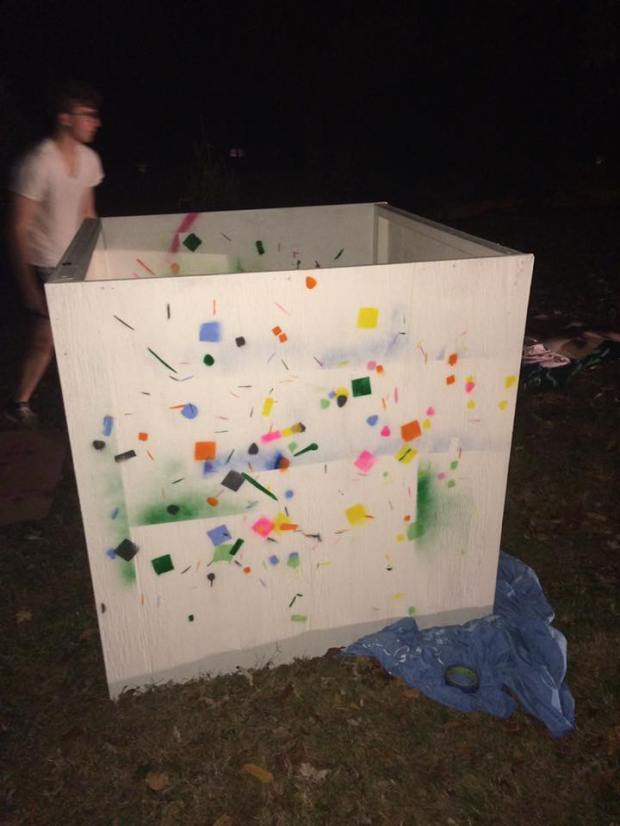 Queen Avenue is located at 178 Queen Ave, Nashville, Tennessee 37207. If you attend on Saturday, be sure to check out all the other participating galleries of the East Side Art Stumble.

If you’ve been planning on submitting a pod-making idea to Modular Art Pods at Queen Ave, today is your last day to submit. The show will take place on November 11 and 12, 2016.

This edition is being organized and curated by Tyler Blankenship and Tyler Walker. They will consider both new pods and pods built for previous editions of MAPs. They are also looking for performers.

Find out all the details and apply here: MAPs @ Queen Ave Application.

It’s time for the second edition of the Poddy Awards, the contest where we ask pod artists to vote on their favorite pods. About half of the OZ Art Fest pod builders responded to our call.  Results are below.

To see photos of the winning pods, have a look at the Artist Guide and the galleries.

And the winners are…

Best Pod in “The Sound of Colors”

Best Pod in “Light Into Darkness”

Tony Youngblood here. This isn’t quite related to Modular Art Pods, but I thought it may be of some interest to site followers.

I’m happy to announce that I’ll be teaching one of the first workshops at Make Nashville‘s brand new space!

The class is called “Papercraft Automata” and is open to students ages 11 and up. (Younger students are welcome with parental accompaniment.) If the first class is successful, I hope to make it a continuing series.

In the first class, we will learn all about cams by building the Hungry T-Rex Dinosaur! This is a great introduction to mechanical movement because the kit provides several sets of cams that change the dinosaur’s animation.

Cams have been around for hundreds of years. They are the main mechanical principal behind self-writing, self-drawing, and music-playing automata such as the one featured in the movie Hugo. There’s so much you can do with this one simple concept!

We will supply all tools and components, however if you have a favorite cutting mat, pair of scissors, or Exacto-knife, feel free to bring it along.

Buy your tickets here. This class is limited to 18 students and is expected to sell out, so reserve your spot quick. 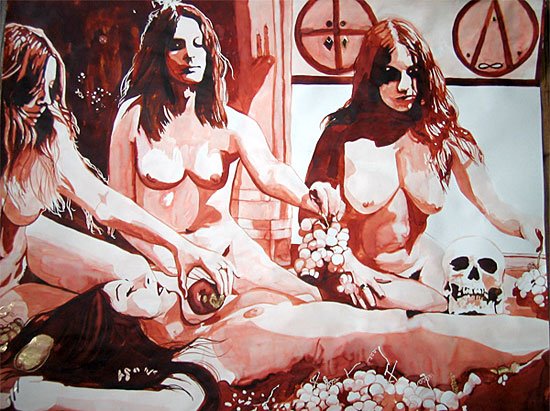 There are plenty of great art events this week in Nashville, including several featuring Modular Art Pods participants.

From the press release:

Artists Elijah Burgher, Tracy Nakayama and Benjy Russell address themes of queerness, sexuality and the occult through their unique drawings, prints, paintings and photography. Burgher’s drawings, paintings and prints draw largely on sigils and an imaginary cult called the Bachelors of the Dawn that claims the supremacy of homosexual men. Nakayama’s paintings reference 1970s porn and, more recently, contemporary nudist colonies. She has created a painting specifically for this exhibit, and will have a limited edition print of another painting available. Russell uses photography to incorporate ideas of ritual and sexuality. His often surreal work eschews Photoshop in favor of absurdism and in-camera effects. Join us on the 4th for the opening reception, or if you can’t make it, stop by in the following 4 days to see this incredible show.

Thursday, August 4 marks the kickoff of the 2016 Sideshow Fringe Festival curated by MAPs alum Jessika Malone. This multidisciplinary, multi-venue stage arts festival has been running strong for 6 years, and it gets better every year.

One can’t-miss show is the play Legs, directed by MAPs alum Madeleine Hicks.

From the event page:

When Cara Smart turns 16 years old, it’s time for her to answer the age old question that every young woman must face: which limb would she amputate first? Disturbing, hilarious, and poignant-Legs provokes important questions about how society constructs beauty and the struggles women face to conform to a world built against them. “After all, a woman without prosthetics would be just, impractical.”

Saturday’s Downtown and Wedgewood/Houston art crawls are shaping up to be spectacular. 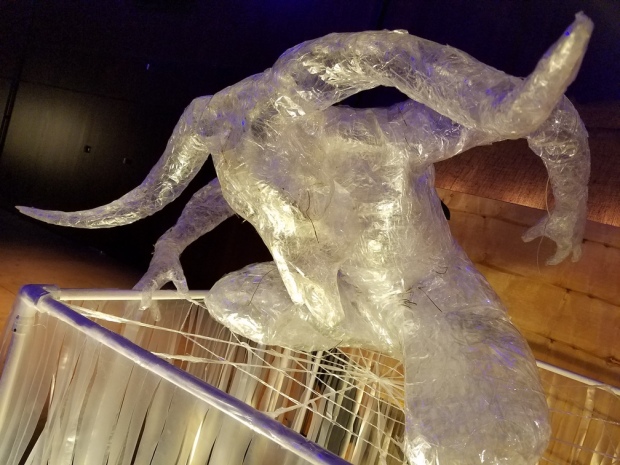 Raybin and Harmening, who created the Peep Pods at OZ Art Fest, will be premiering an infomercial for a compact disc compilation of music from their pod.

Learn about what’s happening at the other crawl galleries via Nashville Arts’ August Crawl Guide.

Queen Ave, the East-Nashville experimental gallery and venue, just announced their own edition of Modular Art Pods, slated for November 11 and 12, 2016. This makes me happy. My hope for MAPs was always that other people would take the concept and run with it. That’s exactly what the Queen Ave organizers Tyler Blankenship and Tyler Walker are doing. It’s is why we licensed the idea under Creative Commons – Share Alike.

That being said, I should be explicit in stating that I am not involved in the production of Modular Art Pods @ Queen Ave, although I plan on submitting a pod idea for the show. If you have any questions, contact Tyler Blankenship at jtblankenship@me.com.

Applications are open now through August 25, 2016. Queen Ave will consider both new pods and pods built for previous editions of MAPs. This is a great opportunity to re-use the pod sitting in your basement. They will also consider performers who don’t necessarily want to build their own pod.

Find out all the details and apply here: MAPs @ Queen Ave Application. 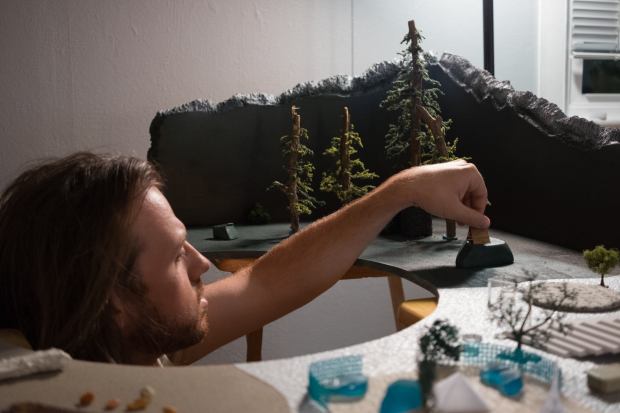 Here’s a handy reference to help match your favorite pods with their makers. If the map is too small, middle-mouse-click it to open it in a new tab. 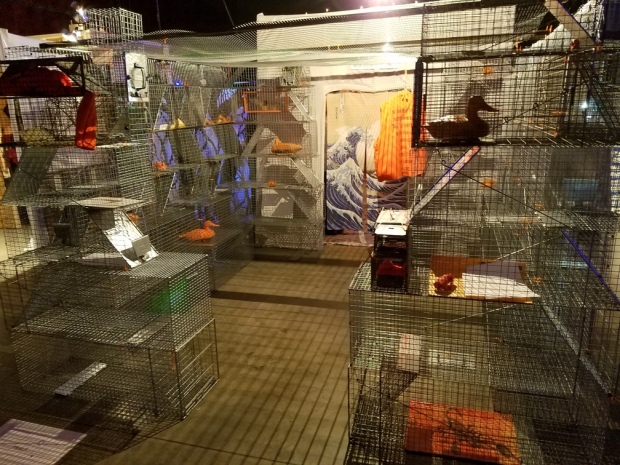 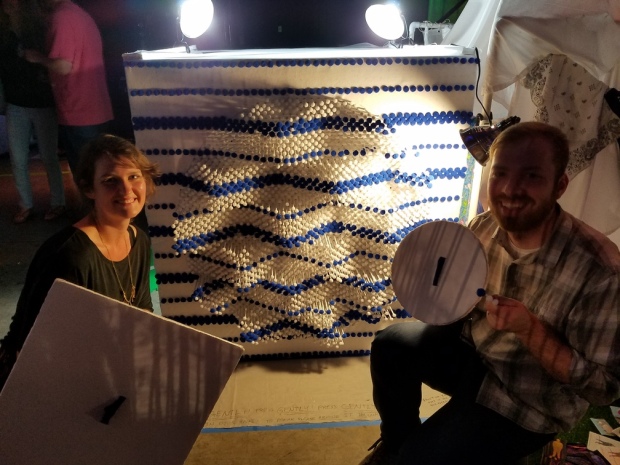 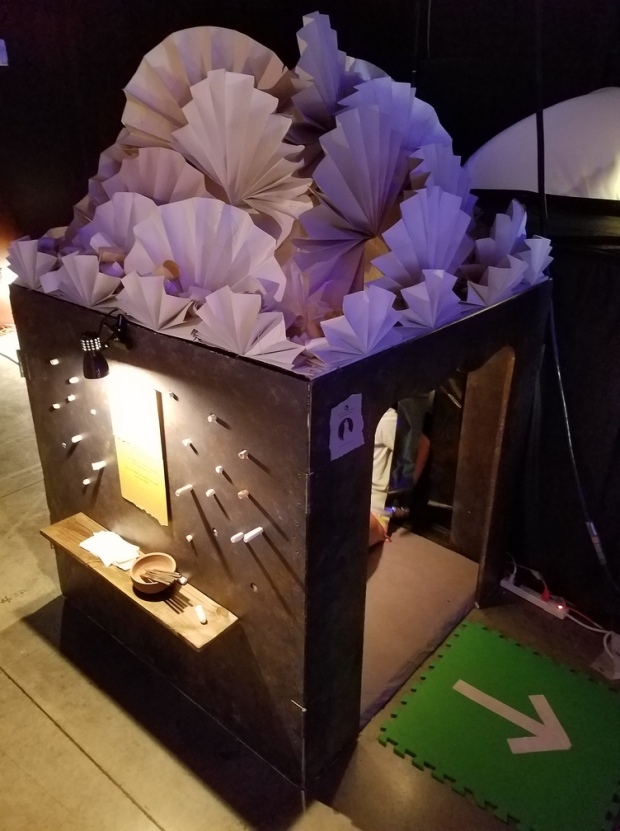 Jason Brown and the Postal Provocateurs 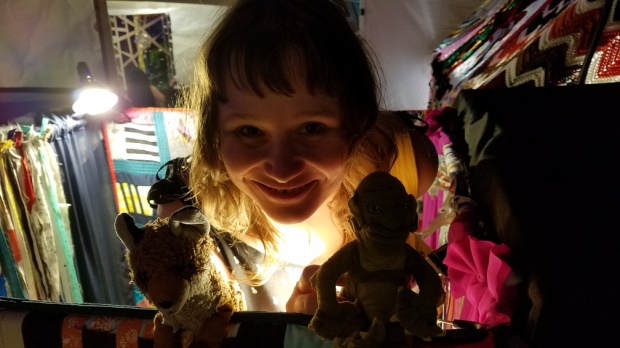 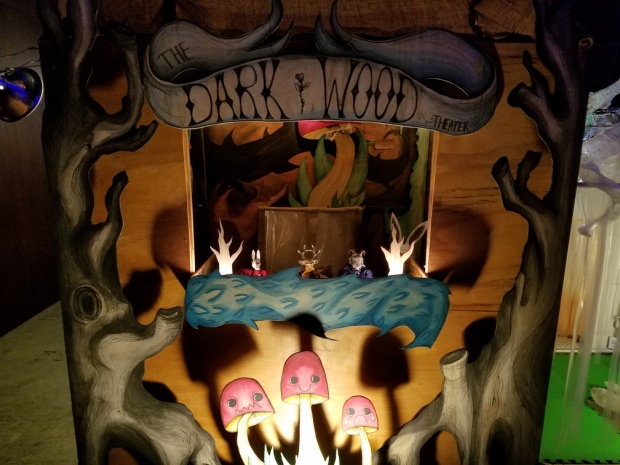 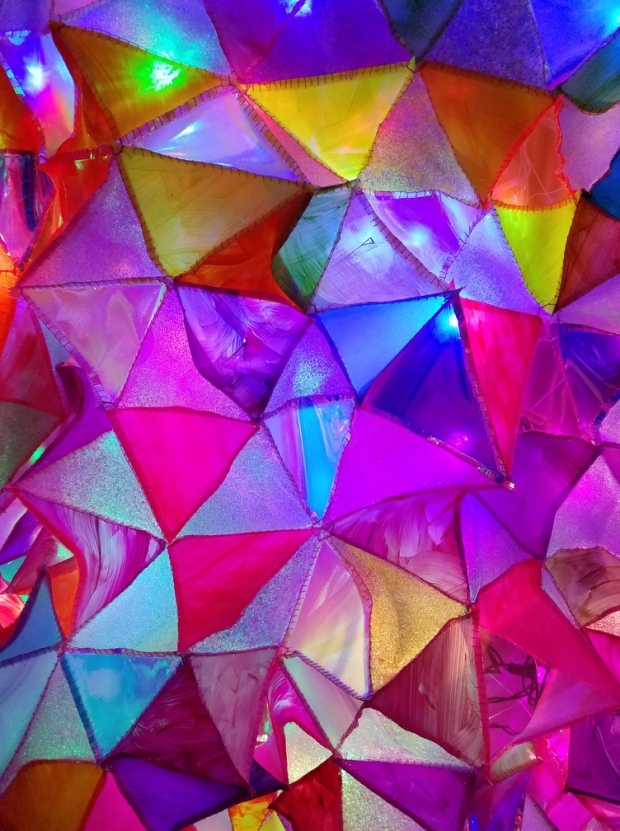 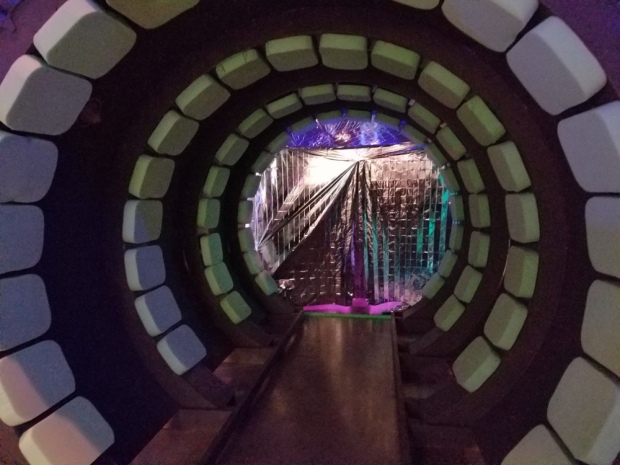 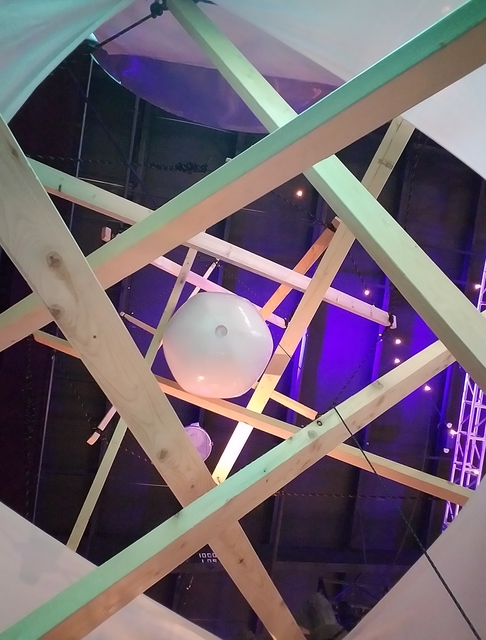 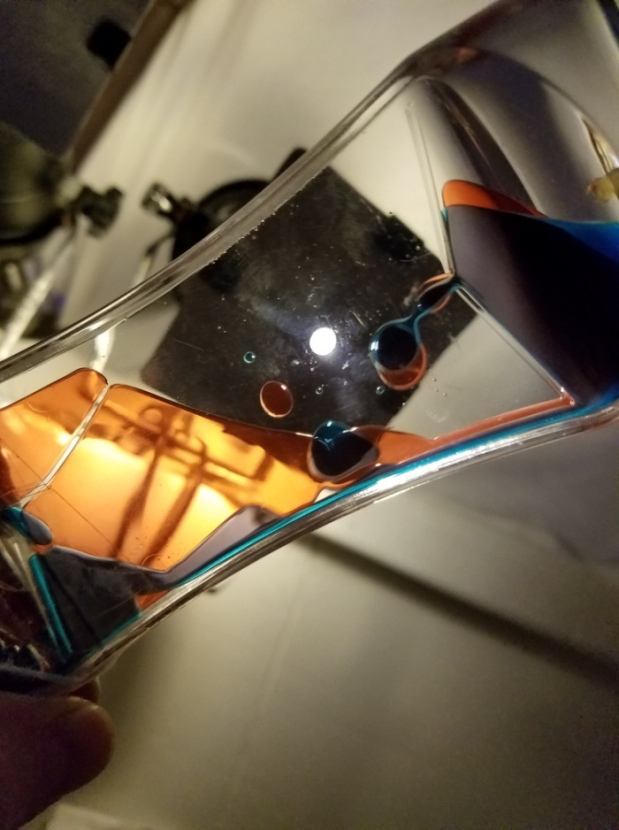 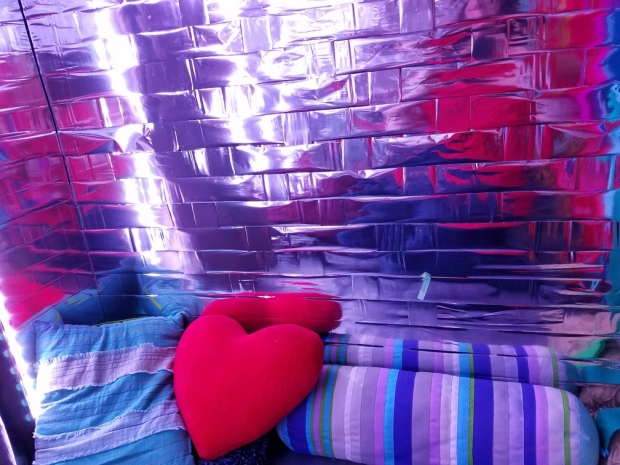 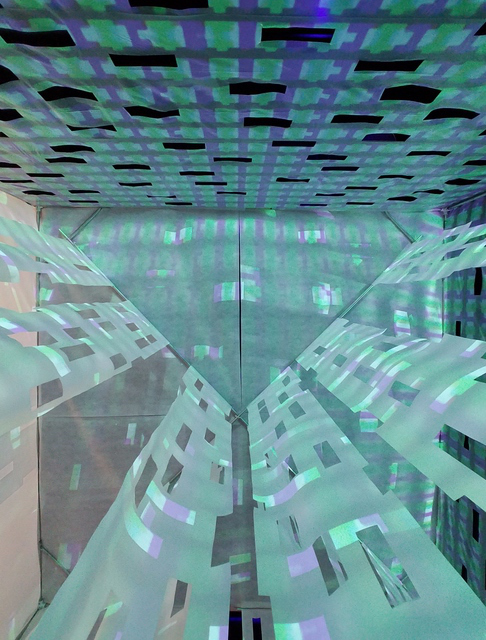 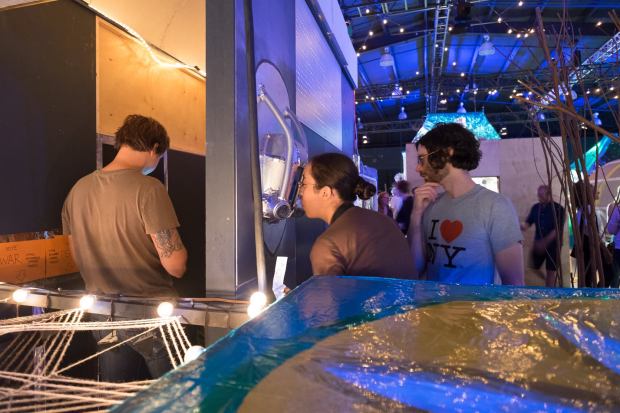 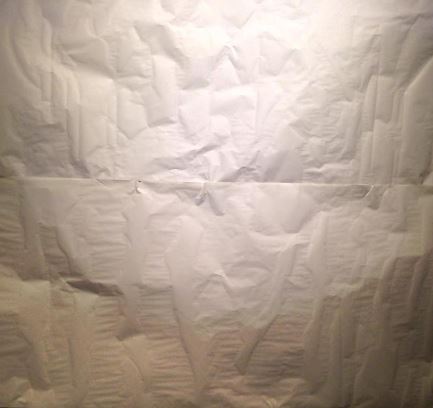 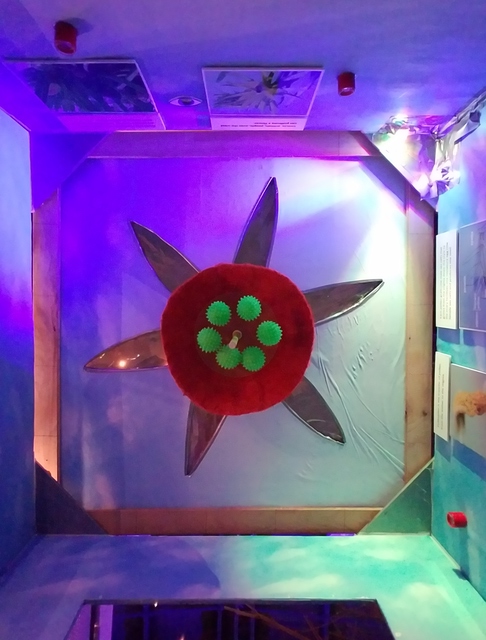 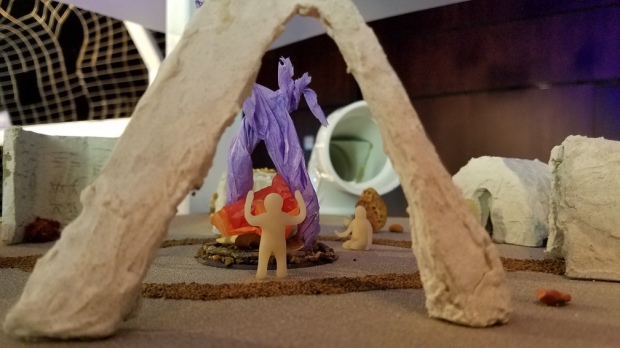 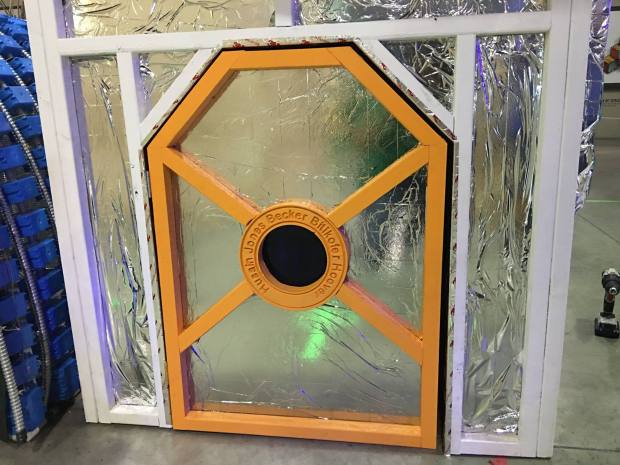 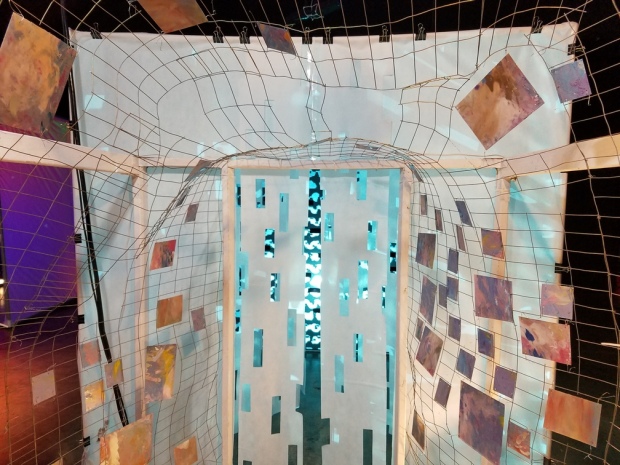 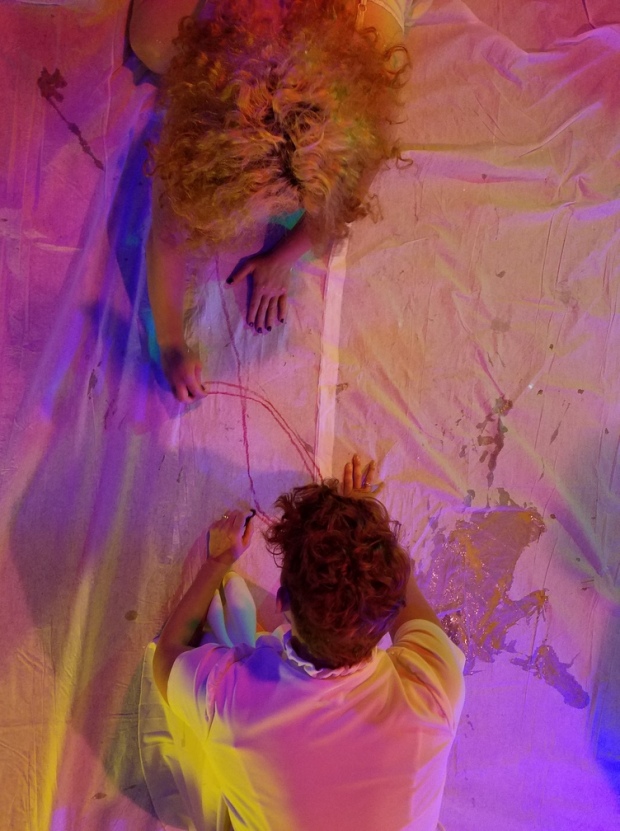 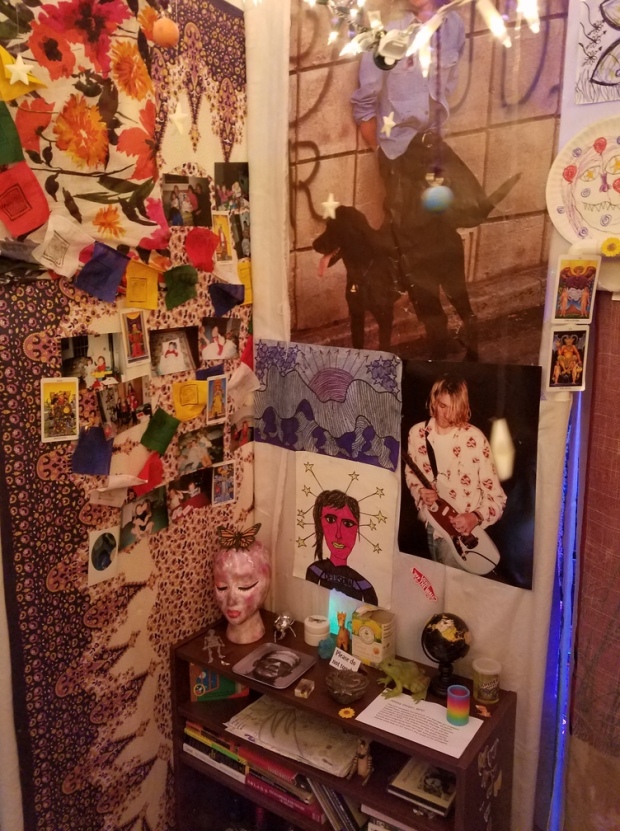 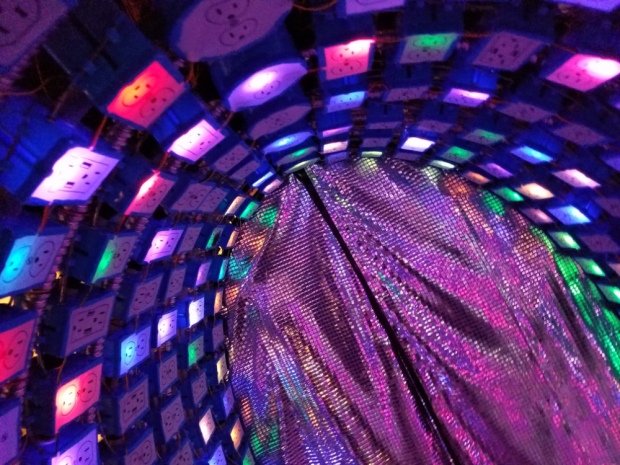 That’s a wrap, folks! I feel an enormous sense of gratitude to everyone who made Modular Art Pods a reality — from the bountiful support of Lauren Snelling, Rus Snelling, and everyone at OZ Arts Nashville; to all of our generous sponsors (who I will mention individually in a moment); to Nashville Arts Magazine, The Nashville Scene, The Tennessean, and Nashville Public Radio for their excellent coverage; and, of course, to all the attendees who made this show a success.

But I am especially thankful to the artists and performers who built this strange, ephemeral city, brick by brick. Modular Art Pods is their show. I only guided.

Pod by ELEL and Beth Reitmeyer

We don’t have any immediate plans to host another Modular Art Pods, but there’s a good chance we’ll put one on every few years. In the meantime, Queen Avenue Art Collective is considering hosting one of their own for next year. If you’d like to host a MAPs in your city, please contact me at tonyyoungblood@gmail.com.

Click the links below to see media from the show.

Your TV Is Watching preview

Saturday, June 25 is your last chance to experience Modular Art Pods at OZ Art Fest. We have so many great things planned, including a performance by N&XT where your TV watches YOU, a live light show featuring Dig Deep with music by Ben Marcantel and droneroom, an intimate immersive performance by White Orchard Theatre, and swing dancing in the Dome with the Nashville Jitterbugs! Don’t miss it! Exhibit is open from 11am to 9pm. Cost for the full OZ Art Fest, including live music outside, food trucks, and several other gallery shows is $20. Full schedule is below. And now, videos!

Human transference — be it conversation, story, or secret — in an intimate setting.

Improvised drone music with a rotating cast of collaborators.

Your TV Is Watching by N&XT (Led by Lindsay Goranson)

N&XT presents “Your TV is Watching.” Are you the audience? Or are you the entertainment? Find out in this singular performance piece. 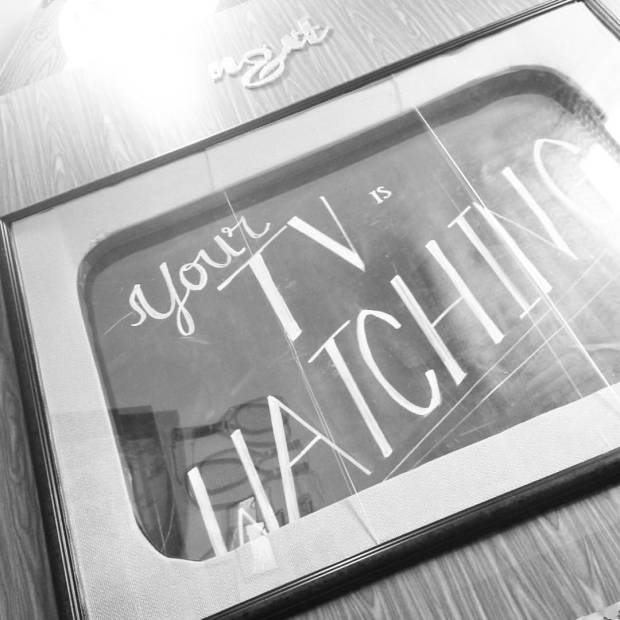 “Polar North, 1955” is a story of innocence, wilderness, exploration, romance, and industrial-age consumerism told by an arctic explorer and his lover, through a series of letters. This short piece combines live performance with motion illustration. It will be projected into the Digital Dome.